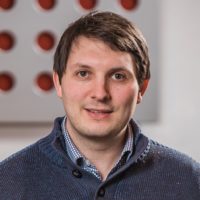 A graduate of Royal Holloway, University of London and recipient of the Dame Felicity Lott Bursary, Adrian is Managing Director of Convivium Records and Convivium Singers. Whilst Convivium Records has worked recently for a number of high profile clients including The Baltic Exchange, London, and The Royal School of Church Music, Convivium Singers have worked with many notable composers and conductors, and performed at a number of international choral festivals. They have recently been recommended on BBC Radio 3’s ‘CD Review’ as ‘an extraordinarily good choir to listen to’, with reference to their most recent recording of Jonathan Dove’s choral music available on NAXOS. In June 2014, the group featured on Songs of Praise (BBC1) in a special D-Day 70th Anniversary programme. Recent guest conductors of the group have included Neil Ferris, David Price, Malcolm Archer, Eamonn Dougan.

As a Lay Clerk at Portsmouth Cathedral, Adrian has been administrator for its “Sing Up” government grant since September 2008 and now runs their on-going Chorister Outreach Programme. In conjunction with this, he works as a vocal coach at Portsmouth Grammar School.

In terms of choral music, Adrian has sung with various amateur and professional choirs, including Royal Holloway Chapel Choir (with a choral scholarship). This has introduced him to a wide range of repertoire, from early music and liturgical music to that of contemporary composers from all over the world. He has sung on recordings released by Hyperion, Signum, NAXOS, Convivium Records and other private labels.

Adrian’s experience as a soloist and musician, have enabled him to work and sing in America, Australia and New Zealand as well as closer to home in many European countries. Increasingly in demand as a soloist, recent performances with choir and orchestra have included music by Monteverdi, Handel, Purcell, Mozart, Haydn, Vaughan Williams, Carl Orff and others. Adrian has a particular interest in ‘English Song’ and recently completed a commercial recording of music (1900-1949) with Noel Skinner (Released in June 2013). Recent singing teachers and vocal coaches have included Margaret Lobo and Andrew King.