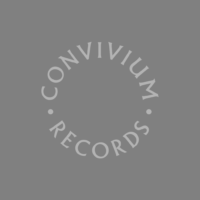 Catherine Bott studied at the Guildhall School of Music and Drama and then spent two years singing everything from Bach to Berio with the Swingles before beginning her solo career. She is recognised as a virtuoso of early music: among her many recordings in this field are Bach’s St. John Passion with the Choir of King’s College, Cambridge, Monteverdi’s L’Incoronazione di Poppea with Sir John Eliot Gardiner and Purcell’s Dido and Aeneas with the Academy of Ancient Music. She has also premiered and recorded works by con