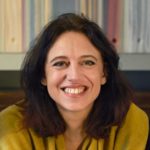 Eleanor Meynell won a scholarship to Chetham’s School of Music, and during her time there was a prize-winner in several national and international competitions, including 1st prize at Bromsgrove Young Musician of the Year at age 15. She was also awarded both the ARCM and LGSM diplomas while still at school. Eleanor has broadcast as a soloist and chamber musician on BBC Radio 3, Classic FM and Radio Belfast London, and is currently on the staff at Goldsmiths College and Trinity Laban College of Music, where she accompanies and coaches. In 2015 she made her Wigmore Hall debut, playing songs by Schubert and Brahms and receiving critical acclaim in The Times. Eleanor has recorded a solo CD of composers associated with Leipzig, regularly performs recitals and concertos in the UK, and is a founding member of the chamber group enSEmble26, bringing high-quality classical music concerts to her local community in Sydenham, London.