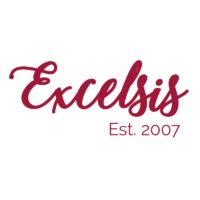 Excelsis Chamber Choir, a group of accomplished singers formed in 2007, has flourished under the leadership of conductor Robert Lewis. In its first ten years, Excelsis has presented numerous concerts, exploring a versatile range of repertoire both unaccompanied or in performance with international soloists and professional orchestras.

As Choir in Residence of Grayshott Concerts, Excelsis has performed many classic works with the Marylebone Camerata and the London Mozart Players. Grayshott Concerts Patron Sir Karl Jenkins has invited the choir to take part in performances of his Requiem and The Armed Man in London and Cardiff. Excelsis has sung at services in Westminster Cathedral and sang at the Last Post Ceremony at the Menin Gate during a tour in Belgium. Convivium’s recording of the works of acclaimed composer Clive Osgood is the culmination of their 10th anniversary celebrations.