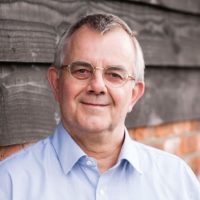 Hugh Benham from Laudate (Guild of Church Musicians) spoke with the composer and performer, Malcolm Archer.

What are your earliest memories and experiences of church music? At what stage did you decide to embark on a career as an organist, choir director and composer?

I started life going to the local Methodist church with my parents, in Lytham, Lancashire where I was born, and that was where I developed an interest in the organ. I learned the piano from the age of 8, and the organist at the church was Frank Dickinson (the father of the composer Peter Dickinson) who encouraged me and would give me a hymn to practice for the following Sunday which I would play to him once the service was over. When at the age of 11, I went to my local grammar school in Lytham, there was a Walker pipe organ there, and several of my friends sang in the choir at St Anne’s Parish Church, so I decided to jump ship and join the Anglicans! My organ teacher at school, Michael Addison had been a pupil of Conrad Eden at Durham, and I can remember several trips to Durham to play the organ there; that was an inspiring and memorable experience for a youngster (especially as we travelled in his ancient classic car!) When I was 14, I became Assistant Organist at St John’s Church in Lytham and then Organist there when I was 16. I am still greatly indebted to John Bertalot who was the organist at my Diocesan Cathedral in Blackburn. He encouraged me, gave me advice about my ongoing education and invited me to give a recital at Blackburn while still in my teens. This was all excellent preparation for my two years at the Royal College of Music (when I was also Assistant Organist at the Chapel Royal of St Peter ad Vincula within HM Tower of London) which preceded my time as organ scholar at Jesus College, Cambridge. There, I read for a degree in music, trained the chapel choir of local choristers and college choral scholars who sang four services each week, and conducted one of the University orchestras. I think my time at Cambridge cemented my ambition to become a church musician.

Composition came more gradually. Since school days I had always written music for the musicians around me, so writing choral music was a natural result of my early efforts. I also had some inspiring composition and organ teachers in my student days: Herbert Sumsion and Alan Ridout for composition, and Ralph Downes, Gillian Weir and Nicolas Kynaston for the organ.

How did the character and repertoire of leading church choirs develop during your career as a choir director?

I think that the repertoire of the church has broadened tremendously during my career, and it is wonderful to see so many serious composers writing for the church and its choirs. When I started as organist at Bristol Cathedral in 1983, it was very clear that the mainstay of the repertoire were pieces that could work without a conductor, since my predecessor, Clifford Harker, played the organ for much of the time, unless the anthem was unaccompanied (not all of that repertoire was great music either and it is probably just as well that some pieces have faded into the mists of obscurity!). This was the tradition in many cathedrals until the middle of the twentieth century. Gradually, the introduction of new repertoire by composers like Howells, Leighton and Tippett and the re-discovery of fine Renaissance music demanded a different approach, and the organist became a choral trainer and conductor with an assistant organist to play. This has been a very positive development in many ways since cathedral organists now need a much greater knowledge of singing technique as well as knowledge of conducting methods and people management. Having said all that, it is very interesting to see on YouTube footage from the 1950s of Boris Ord at King’s, where with minimal direction you will hear some of the most exquisitely crafted singing ever.

Tell us a little about your new home in the West Country.

I live in St Paul’s Church, Staverton, Wiltshire which became redundant in 2010; I bought it from the Church Commissioners in 2017. It is a beautiful George IV building built in 1826, which I have been converting into my home over the last three years. It is an interesting building which was preached in several times by Rev. George Crabbe when he was Vicar of Trowbridge (author of ‘The Borough’ of which ‘Peter Grimes’ is a part). It has a lovely acoustic for singing and small ensembles and I am delighted that already it is being used for recordings. It houses my collection of keyboard instruments including a pipe organ, chamber organ, four harpsichords, a 1904 Steinway grand piano and a 1798 fortepiano by Stoddart. It has been a great privilege to rescue this building and to give it a new lease of life. I also learned a lot about the building trade in the process and was very grateful for the help and support of an excellent local architect. It is always sad when churches cease to be used for worship, but it is also important that they are saved and given the opportunity to flourish in a different way.

What led you to choose Bach’s Goldberg Variations as a major project?

I started learning the Goldberg Variations about three years ago and the first lockdown in 2020 gave me the opportunity to put in the many hours needed to get them to recording standard. It is an extraordinary work, perhaps the peak of the harpsichord literature. Of course, there are many fine performances on the piano, but they were originally composed for the harpsichord, and I feel they make much more sense when played on that instrument, since several variations demand the use of two manuals, and the contrapuntal lines have greater clarity on the harpsichord. I was delighted when Convivium Records agreed to record them, and thanks to the generosity of many friends in a Crowdfund, we were able to do that in November 2020. I used one of my own harpsichords, a copy of an instrument by Christian Zell built by Alan Gotto in 2000. The disc is now available through Convivium Records and Naxos, their distributor.

What other challenges have you taken on recently? [e.g. ‘Over the Rainbow’ – responses to the pandemic, etc.]

During the pandemic, work has been severely limited and fewer churches have had the funds to commission new works, or the choirs to sing them. So, I have devoted much more time to recording, and apart from the Goldbergs disc, I accompanied two very talented young singers on a disc called ‘Over the Rainbow’, played the piano for a disc of music by Carson Cooman with Rupert Gough, Royal Holloway Chapel Choir and the London Mozart Players, and also recorded a Bach organ disc on the fine Rieger organ in Clifton Cathedral in Bristol. I have also kept composing, despite the fact that the pandemic has reduced the number of commissions. Composing is something you need to keep doing in order to keep the creative muscles well exercised. Just lately I have enjoyed writing more instrumental music, which has included a Sinfonietta for orchestra, a trumpet concerto and a cello sonata.

Recent years have seen the decline or even the demise of many parish church choirs. What advice have you for those trying to build back on very limited foundations?

I think that places of worship should feel encouraged to make full use of the resources they have at their disposal for music making and those will vary from place to place. There is a constant danger that churches will feel the need to ‘dumb down’ in order to attract more people to attend services. This has often meant that church choirs have felt redundant, disenfranchised and not wanted because certain styles of worship have not always supported a role for the traditional church choir. There is room for everyone and for a variety of music styles. One thing which my years in cathedrals taught me is that young people thrive when they are part of a team where musical standards are high and they feel that they are being stretched. They also have a natural feel for what music is good quality and what music is cheap. The other thing that cathedrals do well is providing services at different times which satisfy a wide range of musical and liturgical tastes, including the traditional prayer book services so much loved by so many. Choral singing, especially at the moment, is something that singers and congregations miss hugely. Singing is good for the soul and provides a personal pride in a special skill, vital social contact with others and has been acknowledged to have positive mental health benefits. The church has historically been a mainstay in promoting educational, cultural and artistic values. The more churches can enable all of their musical resources to flourish and encourage young and old to sing and enjoy great music, the safer the musical heritage of the church and this nation will be.

Page load link
We use cookies to ensure that we give you the best experience on our website. If you continue to use this site we will assume that you are happy with it.OkNo cookiesPrivacy policy
Go to Top