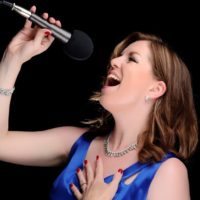 Joanna Forbes L’Estrange is an internationally renowned British soprano and jazz vocalist, specialising in contemporary music of all styles. A Master of Arts music graduate of Oxford University, she began her career as soprano and Musical Director of the five-time Grammy® award-winning a cappella group the Swingle Singers and, since then, has enjoyed a busy freelance career as a concert artist, studio session singer, song writer, choral composer and choral leader. She has also appeared on television as a judge for the Sky 1 series Sing: Ultimate A Cappella.

Joanna has performed on many of the world’s most famous stages, from New York’s Carnegie Hall to Tokyo’s Orchard Hall to La Scala Milan and the Châtelet in Paris. In the UK, she has sung to a packed O2 Arena with Pete Tong and the Heritage Orchestra and at the Proms, Edinburgh International Festival and Glastonbury as well as for the Royal Ballet at the Royal Opera House, Covent Garden. She is much in demand as the soloist for Will Todd’sMass in Blue and her solo concert repertoire also includes Howard Shore’s Lord of the Rings trilogy, Duke Ellington’s Sacred Concerts and numerous works by Steve Reich, Stockhausen, John Adams and Luciano Berio, whose iconic masterpiece Sinfonia she has performed fifty times with the world’s leading orchestras and conductors. Recordings include a cappella and solo jazz albums, contemporary orchestral works, CDs with the award-winning chamber choir Tenebrae and hundreds of soundtracks to video games and Hollywood films.

Joanna’s choral compositions and songs are published by RSCM, Faber Music and andagio. In 2018, she made history by organising and conducting the first ever entirely female recording session at London’s Abbey Road Studios, recording her song Twenty-first-century Woman as a charity single for International Women’s Day with an all-female band, choir and production team. All proceeds from downloads of the song—available from all music platforms— go to charities supporting girls’ education worldwide.