The members of Sofia Vokalensemble under our director Bengt Ollén, invite you to join us on a musical journey through some of our favourite Nordic a cappella choral music. It is music that we have always loved to share with our audience, pieces that through the years we have performed at many concerts in Sweden and touring overseas. In this album, we have chosen a selection of songs that reach from exquisite Swedish National Romanticism to folk chorale and contemporary pieces. 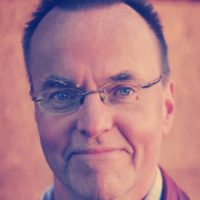 The Swedish choral conductor, Bengt Ollén, has studied under Gösta Ohlin and Gunnar Eriksson at the Academy of Music and Drama in Gothenburg and in 1981 he formed the vocal ensemble Amanda.

Bengt Ollén is the Sofia Vokalensemble’s founder and constant conductor. Since 1995 he’s led the vocal ensemble with great passion and a never-dying enthusiasm. His leadership has formed SOVE to a positive and resolute choir through musical development.

Bengt Ollén’s vision is to create music “beyond the notes”. The music that the choir presents shall not only consist of beautiful rings and fine musical interpretations. The music shall also move the listener. Therefore each singer’s commitment is a very important piece in the musical progress. He constantly works on strengthening the choir’s group dynamics. For example he often uses creative improvisation practices as work method, which often leads to exciting concert piece and melody interpretation. Bengt never ceases to encourage communication between singers, both in the musical format but also socially, outside rehearsals. For the music to be good, everyone needs to take part; that is Bengt’s musical belief.

Bengt Ollén is regularly engaged as a guest lecturer at choir festivals, workshops and concerts, both in Sweden and internationally. He works as a teacher of choir singing at Stockholm Musikgymnasium. 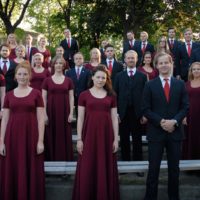