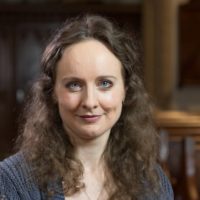 Brought up in Cornwall, Rebecca began her training with the National Youth Ballet and National Youth Music Theatre before continuing her vocal studies at the Royal Welsh College of Music and Drama and Karlsruhe Musikhochschule.