Launching a record label at the start of what has proved an economically unstable decade was a risk – but Convivium Records has weathered the storms. Founder and managing director Adrian Green talks to Helen Cocks (Choir & Organ)

Adrian Green first became fascinated by recording while a choral scholar at Royal Holloway, University of London. Intending to become a professional singer, he found himself singing in recording sessions with two of the big beasts of the industry, Naxos and Hyperion – an experience that had a major impact on him, as he recalls: ‘It was amazing to see how you could take something performed once and actually make it better through a strategy and a method, then take [the result] and share it with a wider audience.’

After graduating, Green went to Portsmouth Cathedral as a choral scholar (he remains there now as a lay clerk) where he developed his nascent interest in recording, encouraged by Cathedral organist David Price; and in 2009 he took his first steps into the recording world by making a disc with the Portsmouth Cathedral Choir, conducted by Price. Soon afterwards, Green formally launched his label and Sing to the Lord became Convivium Records’ catalogue number CR001.

The next step was a project with Green’s other venture of the time, the Convivium Singers. Green founded the group in 2009 with conductor Alexander Norman as ‘a group of young, aspiring professional singers that really had places to go,’ and later that year they recorded their debut album at Portsmouth Cathedral. They then went on to feature on multiple releases for the label over the next decade, alongside public performances and appearances at major classical music festivals and competitions across Europe.

With his focus now on recording, Green set about developing a label based around a core of his specialism – choral music – but still exploring other projects as they presented themselves. Early artists included the choirs Discantvs and the Hogan Ensemble, but also the pianist Jonathan Powell, playing new music by British composer John White, and a disc of music by Rob Keeley, performed by the Fidelio Trio and flautist Rowland Sutherland.

Convivium runs on an artist-led footing, with most projects beginning when an artist, group or composer approaches Green with an idea for a project. Green then sees his role as an experienced guiding hand, discerning what the artist is looking to achieve with a recording and advising them accordingly – and robustly if necessary: ‘What your client tells you they want, might not be what they actually need. You have to be honest with them. For example, some composers might say, “I want to record this so that I can be famous and it’ll be on Classic FM”, but what they actually need in the short term is for their music to be published and performed; this is more important than their being played on radio.’

Sometimes, the advice to artists can be that there is no mileage in a commercial recording – but that does not mean that Convivium’s involvement in the project is over. As well as functioning as a traditional record label with a catalogue to promote, Convivium is also a service, providing a producing and editing team for hire to groups such as schools, who are looking to make a private recording that might sell just to parents, or to the community for charity. Green is clear that he takes quality just as seriously for amateurs as for professionals, making sure that Convivium provides an excellent service and value for money – which does not mean doing things on the cheap, but explaining carefully to the client why the recommendations he is making will give appropriate results for their needs. He feels that his early days with the label when he ‘did everything and realised just how hard all those jobs are’ have paid dividends in an in-depth knowledge of the process. For example, a client might not consider artwork important, but Green knows it can make the difference in a disc cutting through a crowded market.

Alongside those recordings which Green advises not releasing commercially, there are those which began life as private projects but whose quality convinces Green to take them into the Convivium catalogue. He speaks enthusiastically of one project with the amateur Cathedral Singers of Christ Church Oxford, who recorded newly edited music by a 17th-century dean of that college, Henry Aldrich. Green admits to being pleasantly surprised by both the quality of the music, which he describes as ‘really solid’, and the performance, and Convivium will release the disc in November [CR052]. The music’s editor will also be providing the performing editions online free of charge alongside the recording, so what began as a private project will now have a much wider life.

Green is open about the fact that he did not start Convivium Records to make money, employing an almost not-for- profit model: ‘Our entire reputation as a label is about enabling and empowering, so in a way my interest is about making ends meet, rather than making money, and reinvesting everything we can into organically developing a company which is about people, ideas and ambition rather than about profits and bottom lines.’ Is there anything he wouldn’t release? ‘A few years ago, I was asked to release a recording on which some of the music was emotionally quite dark, and I asked myself, “Is this something I would endorse? Is this something that’s going to be positive for the world, if I share it?” I came to the conclusion that this was not something that I could be proud to say I stand for. I’m not a record manager to release things which are negative or contrived or have some sort of devious agenda. That might make money and it might be commercial, but it also reflects on us, our values and who we are.’

Convivium’s reputation obviously matters to Green. He speaks of being known for respecting artists, not exploiting them, for treating everyone in the industry with courtesy, and he lists Convivium’s values as ‘openness, generosity and honesty’. Through this, Green builds good relationships with up-and-coming artists who will stick with the label as their profiles grow; but the approach is obviously also a personal mission for Green. He speaks openly of his high regard for the musicians Convivium works with, of his awe at the craft of John Mark Ainsley, and his pride at recording the great counter-tenor James Bowman singing all his favourite music at the end of his career.

Convivium has come a long way in 10 years, but Green still has a lot of ambition for the label. He has this year negotiated with Naxos physical distribution deals in the UK, US and Canada, and digital distribution worldwide, which means being able to offer prospective artists a wider audience. Having fairly recently taken a foray into the larger works in the repertoire with a recording of Mozart’s Requiem with Winchester College Chapel Choir and the London Mozart Players, Green now mentions Handel’s Messiah and Mendelssohn’s Hymn of Praise as target projects, as well as admitting an aspiration to record some opera. And the steps outside the choral repertoire that Convivium has taken thus far have been surefooted: one of the label’s greatest artistic successes (although, as Green admits, not a triumph commercially) has been composer James Erber’s music for solo flute, played by Matteo Cesari, released in 2013, which received glowing reviews in Gramophone, La Folia and the Sunday Times. Green now aspires to expanding the label’s small but growing selection of song and solo piano discs.

Green was anxious from the start not to run before he could walk, and 10 years on he continues to grow Convivium organically, rather than taking big risks, saying, ‘It’s hard to see the bigger picture but you can always see the next step.’ He has spent his first decade at Convivium with his hand very much to the plough, and clearly feels a personal responsibility for the quality of what comes out in the label’s name. But now, as things get busier, it seems that Green trusts his hand-picked team to manage projects without him, leaving him time to work on strategy. He is characteristically non-commercially minded when it comes to the challenges posed by the digital music revolution, pointing out that if your primary concern is getting your music to a wider audience, rather than making money, then streaming can only be a good thing. ‘Ultimately,’ he says, ‘I would like Convivium Records to be a well-established, well- respected label, known for being honest with their artists and supporting them, even if it means that as a label they make less money. Primarily the reward is in helping people to reach a wider audience, to broaden their own horizons and their perspective on what is realistically achievable.

Helen Cocks is a London-based writer with a particular interest in choral music. 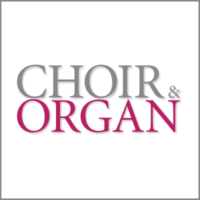 Choir & Organ is the leading independent magazine for all professionals and amateurs in the choral and organ worlds – whether you are an organist, choral director or singer, organ builder, keen listener, or work in publishing or the record industry, Choir & Organ is a must-read wherever you live and work.

Every two months our expert contributors bring you beautifully illustrated features on newly built and restored organs, insights into the lives and views of leading organists, choral directors and composers, profiles of pioneering and well-established choirs, and topical coverage of new research, festivals and exhibitions. In keeping with our commitment to music at the cutting edge, we commission a new work from a young composer in every issue, making the score freely available for download and performance.

Our international news and previews, with breaking stories, key awards and forthcoming premieres, combine with reviews of the latest CDs, DVDs and sheet music, and listings of recitals, festivals and courses, to keep you up to date with events and developments around the world.