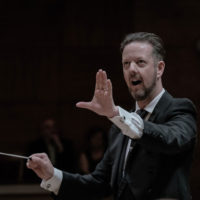 Simon has conducted orchestras in over 70 countries, across a plethora of musical genres, to tens of thousands of concert goers and has appeared at many of the world’s most iconic venues, from the Royal Albert Hall and Sydney Opera House to the O2 in London and Caesar’s Palace in Las Vegas. He is currently the Artistic Director and Conductor of Southern Sinfonia, Principal Guest Conductor of the Slovak Sinfonietta (formerly Chief Conductor) and Guest Conductor of the St Petersburg Symphony Orchestra. He has made numerous recordings including two live DVDs with the international vocal quartet, Il Divo.