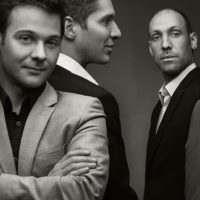 Accord Quartet was formed in 2001, by four students of the Franz Liszt Academy, Budapest. Since then they won several national and international prizes — such as the 1st prize of the Brahms Competition or the Junior Prima Prize — and become one of the most determinative musical groups in Hungary. From 2012 the members of the Accord Quartet started to teach officially in university and hold masterclasses in Hungary, Japan and USA.

The list of the location of their past concerts in Hungary include the Main Hall and the Chamber Hall of the Music Academy, the Old Academy, the Bartók House, the French Institute, the Marble Hall of the Hungarian Radio, the Budapest Autumn Festival (2004, 2005 and 2006), as well as in provincial towns and cities, namely Debrecen, Győr, Eger, Dunaújváros, and they have broadcasts in the Hungarian Radio too. They also gave concerts in almost all countries and great concert halls of Europe, such as in Museum of Fine Arts of Bruxelles (BOZAR), Museum of Fine Arts of Madrid, in the Ermitage of St Petersburg. In April, 2008, they were giving concert to the Royal Family of Belgium and the President of Hungary.

In 2002, 2003 and 2004, they participated in the Vienna-Budapest-Prague International Summer Academy; where they could study with the greatest representatives of the medium, with members of the Amadeus Quartet, Alban Berg Quartet, Janacek Quartet, Smetana Quartet, Mozaik Quartet, Hagen Quartet and Bartók Quartet.