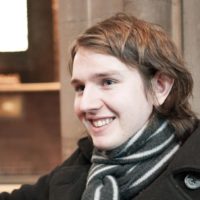 Chris Fitzgerald-Lombard,originally from Norwich, graduated from Birmingham Conservatoire having studied singing with Julian Pike and Andrew King. As a choral and ensemble singer Chris has worked with some of the UK’s leading ensembles and conductors.

Chris, now living in London, is a ‘full time’ freelance singer, which sounds very glamorous but he would, however, point out that the financial benefits are similar to unemployment and you’re always out when the good TV is on!

Carson Cooman: The Evening Choir – “Cooman’s sense of the drama of the texts is palpable in the music” (David DeBoor Canfield, Fanfare)