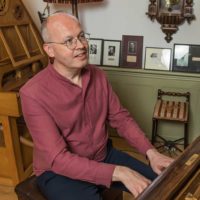 Formerly organ scholar of New College, Oxford, Paul Plummer trained as a piano accompanist at the Guildhall School of Music and Drama. He attended courses at the Tanglewood Music Center and Britten-Pears School, and studied with Malcolm Martineau, Roger Vignoles, Margo Garrett and many others. He has accompanied singers at London’s Purcell Room and Wigmore Hall, the Tonhalle in Zürich and on BBC Radio 3, as well as in recital at The Three Choirs, Presteigne and Canterbury “Sounds New” festivals, among others. He has also worked as music staff for several UK opera companies plus those of Kiel, Innsbruck and Köln, advises and accompanies for the international opera scouting company www.nyiop.com, and is highly in demand as a freelance repetiteur and vocal coach.