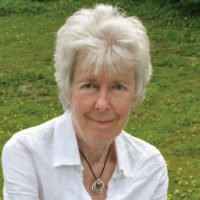 Margaret Rizza studied at the Royal College of Music, London and at the National School of Opera, London and continued her training in Siena and Rome, Italy.

She sang professionally for 25 years, under the name of Margaret Lensky. She has sung at many of the leading concert and operatic venues and under such conductors as Benjamin Britten, Igor Stravinsky and Leonard Bernstein. She also gave premieres of works by John Tavener, Thea Musgrave and Richard Rodney Bennett.

From 1977 to 1994, she went on to teach singing at the Guildhall School of Music and Drama, London. During her years at Guildhall she worked on many outreach projects taking groups of students to share their music with people in prisons, hospitals, hospices, inner city schools, MS centres, schools for the blind and working with people with physical and learning difficulties. She was also involved with Live Music Now, a wonderful organisation founded by Yehudi Menuhin who wrote “I can only think of music as something inherent in every human being – a birthright. Music co-ordinates mind, body and spirit.” Read more

During these years she also trained and directed the senior choirs at Sevenoaks School, Walthamstow Hall School and Combe Bank School. Many groups and ensembles were founded and directed by her including The London Camerata, The Cameo Opera Group, St Thomas’ Music Group and the Gaudete Ensemble, the last two groups having been involved in many recordings.

Over the past ten years she has made many recordings, and seven collections of her music have been recorded and published by Kevin Mayhew. Her original arrangements of Taize chants reached number 1 in the charts and was featured on Classic FM over several weeks in 2006. Up until 2008 she was closely involved with Dartington International Summer School, giving master classes and vocal workshops.

The Mass of St Benedict, a Catholic edition and an Anglican common worship edition, has just been composed and both editions are now published by RSCM.

It was in 2007 that she was commissioned by Harry Christophers to write a choral composition for The Sixteen. This resulted in ‘Ave Generosa’ which was recorded on the CD ‘A Mother’s Love’ and was given its first performance at the Queen Elizabeth Hall in 2008. It was premiered in the USA in 2009 and her ‘O Speculum Columbe’ was premiered also in the USA in 2011. ‘Ave Generosa’ was performed in York in 2012.

The CD Mysterium Amoris was released by Naxos in 2012 with the Gaudete Ensemble under the direction of Eamonn Dougan, the assistant conductor of The Sixteen.  All the music on this CD is published by Faber Music, London.

The CD Officium Divinum was released by the Royal School of Church Music in 2013 with The Convivium Singers under the direction of Eamonn Dougan. All the music on this CD is published by RSCM.

O Nata Lux – “For when you want to escape the hustle and bustle” (Julian Elloway, CMQ)