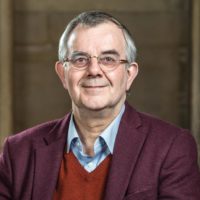 As an organist and harpsichordist he is in frequent demand. He has given solo concerts all over the world, including the USA, Canada, New Zealand and Europe. His performances with orchestra have included Poulenc’s Organ Concerto and Saint-Saëns Organ Symphony, Brandenburg Concerto No.5 and the Bach keyboard concertos. Malcolm has also performed with the London Symphony Orchestra in a classic rock concert in the Royal Albert Hall. Moreover, he has an extensive concert repertoire and has recorded a wide variety of works including J.S. Bach organ works and Messiaen’s La Nativité du Seigneuras.